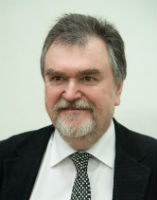 Professor Alexander Khoroshilov is a well-known expert on ICTs, education technologies, mathematical modelling, economics and statistics. He has over 40 years of deep professional experience in the field of ICTs and education including that at the international level. Besides, he has an extensive experience in provision of advisory services to education policy makers. He graduated from the Moscow State University of Economics, Statistics and Informatics (MESI) in 1975 as engineer-economist on ICT and then he has been worked in MESI University until 2007 on various positions – from software engineer to First Vice-Rector (at the latest position - during 15 years). He received his PhD in Economics from the same university in 1982 and the rank of professor in 1996.  In the period from 2007 to 2010 he has been worked at the Academy of Labor and Social Relations as Vice-Rector and at the Moscow State (Lomonosov) University as a professor. Since August 2010 until March 2016, he has been working at the UNESCO Institute for Information Technologies in Education (IITE) as National Programme Officer and then as Officer-In-Charge of IITE (from August 2014). From March 1, 2016 – he is Head a.i. of the Institute. Besides general management of the IITE, the following areas of Institute activities are under his direct coordination and responsibility: ICT in Education Policy, Teacher Professional Development and Networking, ICT competency and Innovative Pedagogy. 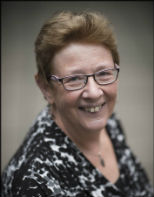 Joke Voogt is professor at the Faculty of Behavioural and Social Sciences at the University of Amsterdam and professor at Windesheim University of Applied Sciences. She has supervised many studies in the field of technology integration in the curriculum. She was part of the coordination team of IEA’s Second Information Technology in Education Studies (1998-2008), was co-editor of the international Handbook of Information Technology in Primary and Secondary education (Voogt & Knezek, 2008) and co-founder of the bi-annual EDUsummIT (http://www.curtin.edu.au/edusummit/). Her areas of expertise are teacher learning and staff development through collaborative design of curriculum innovations, in particular related to the integration of technology in the curriculum. 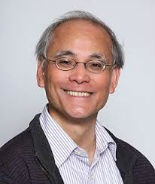 Kwok-Wing Lai is Professor of Education and Director of the Centre of Distance Education and Learning Technologies at the University of Otago College of Education in Dunedin, New Zealand. He was the co-chair of EDUsummIT 2015 and his recent fields of research include knowledge building communities, mobile learning, and informal learning. 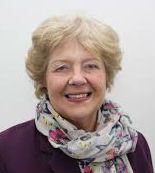 Margaret Josephine Cox O.B.E., B.Sc., Ph.D., F. Inst.P. F. Mirandanet, FKC,
Margaret Cox is Professor of Information Technology in Education in both the Department for Education and Professional Studies and The Dental Institute at King's College London, University of London and Professorial Fellow at the University of Melbourne. For more than 40 years Margaret Cox has developed educational software, researched the impact of IT on teaching, learning and assessment in all education sectors, and pioneered the use of the Internet for sharing scientific data in the early 1980s. In the last 10 years she has pioneered the development and evaluation of haptic technologies in dentistry, medicine and other healthcare professions in Higher Education for which her hapTEL project has been awarded 4 separate prizes for outstanding contributions to new technologies in education. She was awarded an OBE in 2001 for outstanding contributions to IT in Education, appointed as Fellow of the Institute of Physics in May 2003 for outstanding contributions to Physics and Technology Education, made a Life-long Fellow of NAACE in 2006 for outstanding contributions to ICT in Education, a Fellow of King’s College London in 2011 for exceptional services and achievement, and awarded lifelong fellowship of Mirandanet and of ITTE in 2013. She is the current President of the National Conference of University Professors, past President of the Association for IT Teachers in Schools (ACITT which merged with NAACE in 2002) and founder member of the international Edusummits which advise governments world wide on IT in Education.